Little did the 2095 chick realise that her passion for photography & numerous visits to The Outpost (particularly loving the fact that PM3 was just like walking around the backstreets of the Inner West and beyond, only within a confined space) she would form relationships with artists albeit initially via social networking in form or another.

A piece that particularly caught my eye during one of my first trips, was this little number if nothing else but for the obvious reason of it being synonymous with a particular brand of matches. 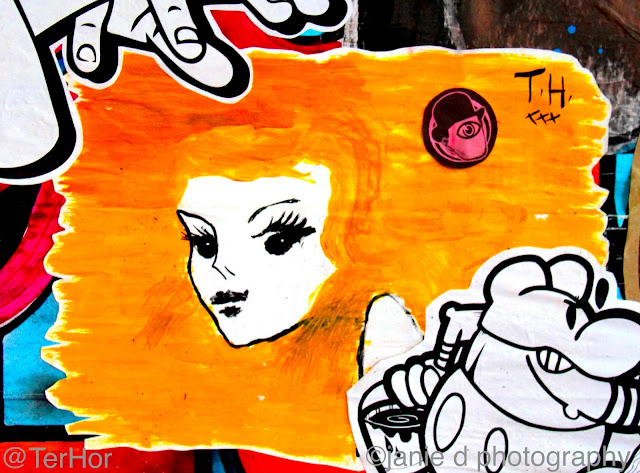 It wasn't until I was invited to to preview shots for the Painting Grounds 2011, that not only did I get to see more amazing pieces from the artist in question but as luck would have it, I met the man behind the initials T.H. 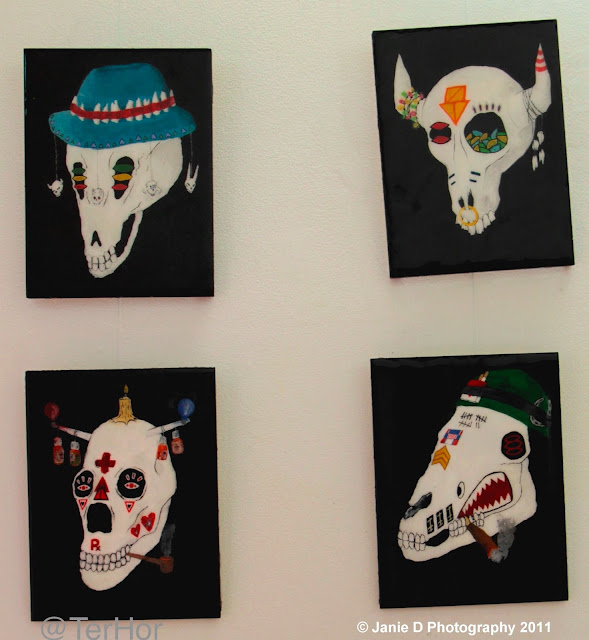 The initial introductions were confusing to both myself and the introducer "This is ...Terrible...Horrible.  Nope Terr-oar.  TerHor".

So rather than rabbiting on let's get down to brass tacks and try to discover a little bit more of the person known as TerHor.

From Terrible Horrible to TerHor. When or how did this name come in to being

I am glad I can clear this up.  I've had a million different aliases attributed to me since the change.  Terrible Horrible was born in 2008.  They are just 2 words that are really similar and mean the same thing.

I've always been in to funny language and words.  it was catchy and self deprecating. Eventually it became a joke that wore thin on me so I removed the "rible" from each word and thus TerHor was reborn like a christian from a river. 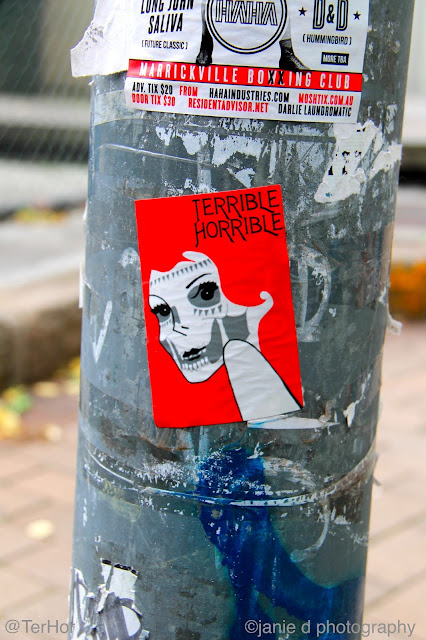 I don't use one alias for some things and one for others.  I just decided to change. 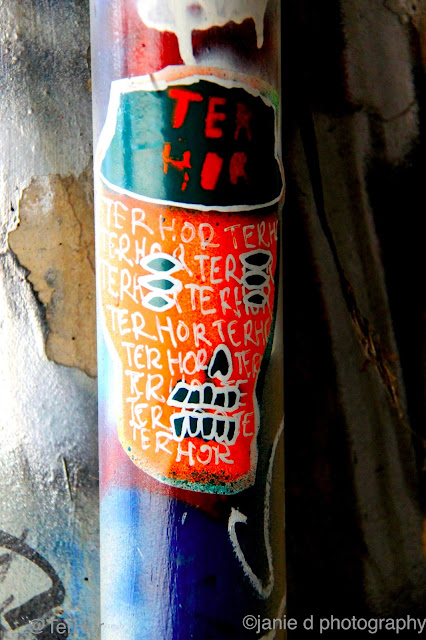 Recently there was some quite intense "international online name wars" going on regarding one of your paste-ups.  What was your reaction to this

I thought it was going to happen a lot sooner than it did. 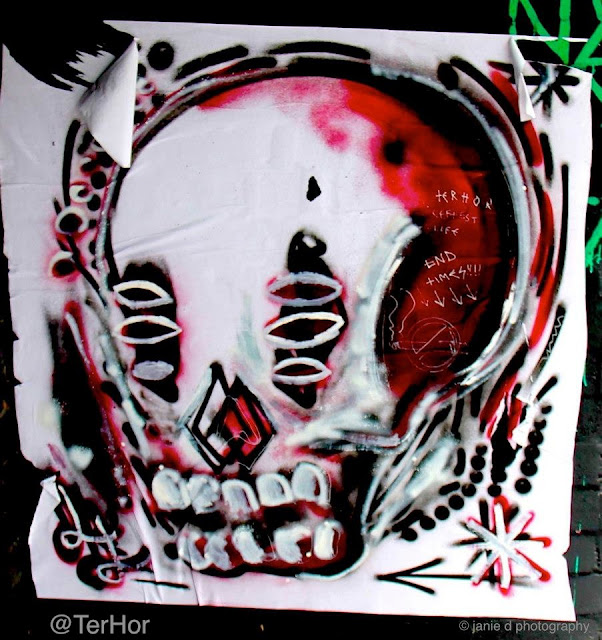 I get a kick out of any reaction the work gets.  Mistaken identity is a fairly common occurrence.

Stickers/Slap ups vs paste ups vs paint.  Solo vs collaboration.  Do you have a preferred method or does each hold its "own" and why

Stickers are quick and plentiful.  Paste ups let me create work in a controlled environment.  Paint is a hassle to carry but makes for great spot work.  Each medium asks for a different type of work from me. 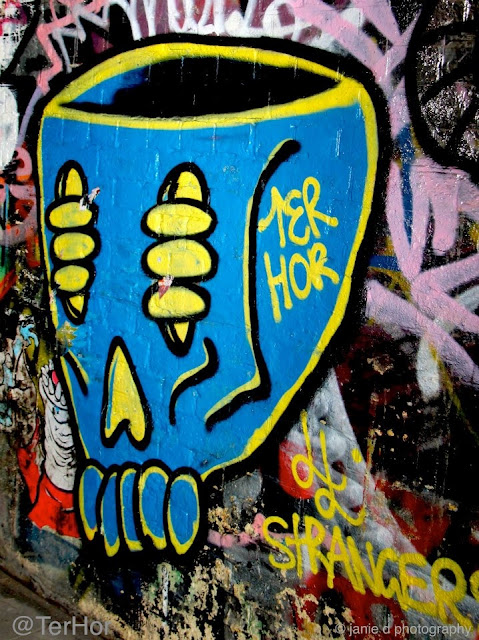 At the moment I prefer a pocket full of stickers, some oil sticks and white out marker. What's outside lately is heavily inspired by Bozo Texino, Jimjoe and Eternity.

These mediums naturally felt like the most appropriate for what I want to do.  Plus they are discrete. 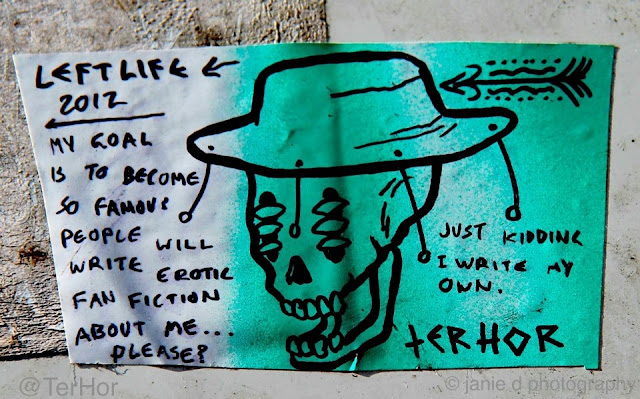 For your larger pieces, can you describe from start to finish, the process and time frame it takes and which one for you personally, has been the most satisfying to date

I've never timed myself so I'm not sure.  But I'd say about a day or two for some of my bigger works would be where 99% of the works get done.  Then it's a matter of staring at it, noticing everything that bothers me and then reworking it.

I have to tell myself that works are "finished" otherwise I would be there forever until the piece is something entirely new or just over-worked.

I think my most satisfying works so far have been a mural I recently did at Tortuga Studios in St Peters, simply because it's the biggest piece I have worked on so far and I could really explore composition on a large scale. 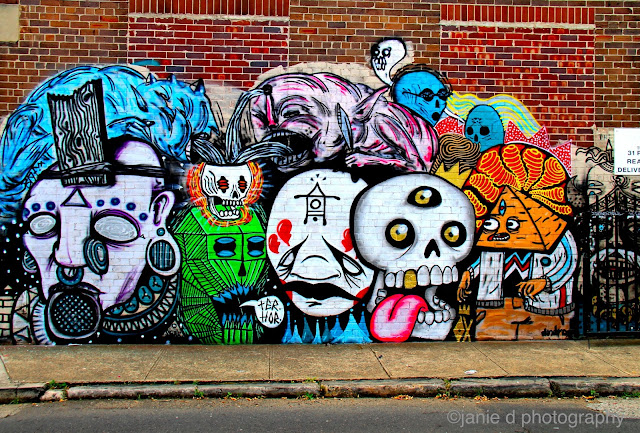 nb: this is NOT the most recent mural as unfortunately the 2095 chick has been somewhat immobile, therefore unable to capture the ever changing wall