Where does the 2095 start....does she dare mention the PM3 or do we simply use that as the "given".  For the sake of this particular piece, let's use the "given" as there will be a full blog dedicated entirely to PM3 and it's impact upon the 2095's life later down the track. 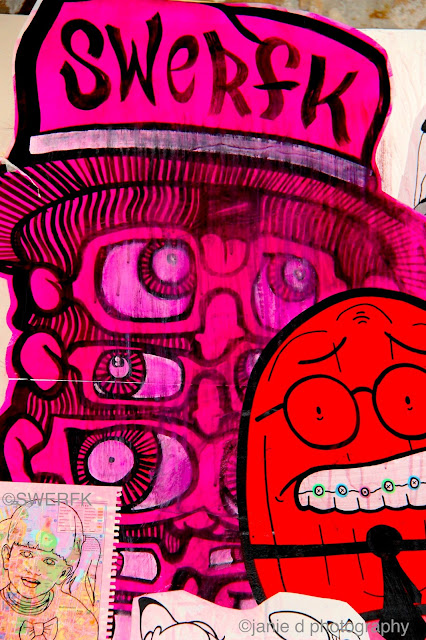 What was confounding to the 2095 was "how the hell do I pronounce this".  Having no other point of reference other than the obvious, Swerfk it was, remained and thank god was correct!

It was during the 2095's trip to our nation's capital where after all but giving up hope, she spied that SWERFK moniker and just KNEW where there is one there will be more. 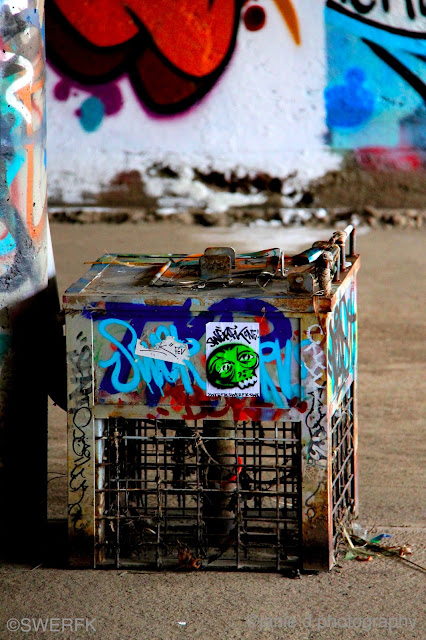 Granted, it took a teeny bit amount of time to find more given that it's not the 2095'ers "hood" and after a hell of a lot of patience and frustration she was richly rewarded (as an aside: had the 2095'er elected to simply turn her head right the self-imposed angst could have very well been avoided, but she didn't and it didn't...what do ya do) 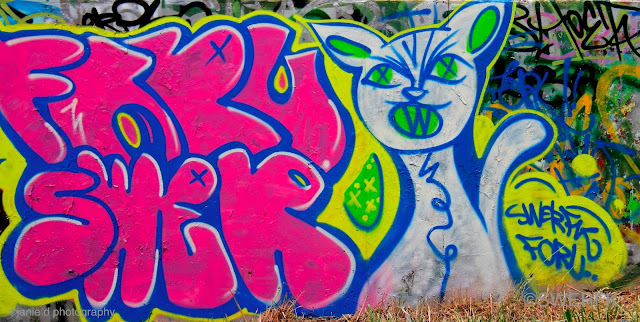 Here are my 5 questions with SWERFK

SWERFK: only cause I can, what does SWERFK stand for (or would you have to kill me before answering)

Swerfk means "sweet with things" in lazy talk.  It kind of developed as a little saying between some friends, then one night the opportunity was there...the marker was in hand....and so it began

Can you give a bit of background as to the development of your style.  What is it about "positions, shapes, shades things and adjusts lines regularly...." that keeps you doing what you do

Every artist makes compositional choices "position shapes" and likes to add colour or tone "shade things" and we all know about adjusting lines... 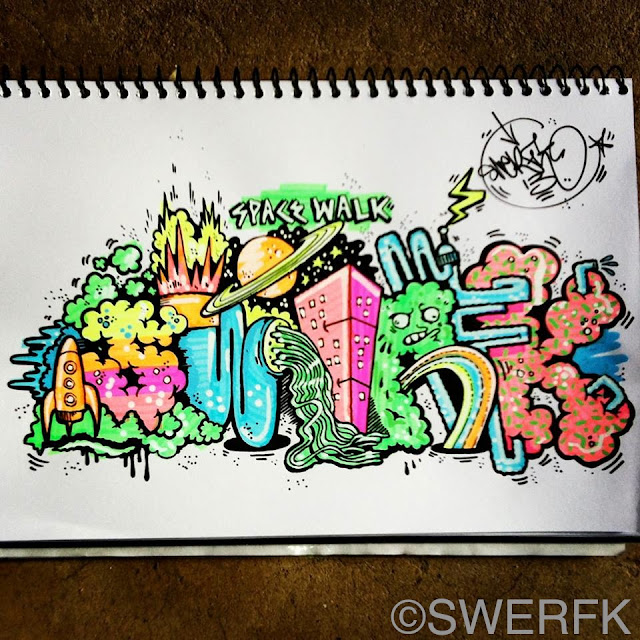 It's hard to say why it is that I keep doing what I do and have always had and probably will.  I think it's for the same reason I am a cartoon addict: because it amuses me and sustains my brain.

I look at a lot of art all the time from fine art to Ren & Stimpy imagery and I suppose it subconsciously melts in to my thought process.  I take what I like and what I can picture in that moment and let it spontaneously flow onto paper, a wall etc 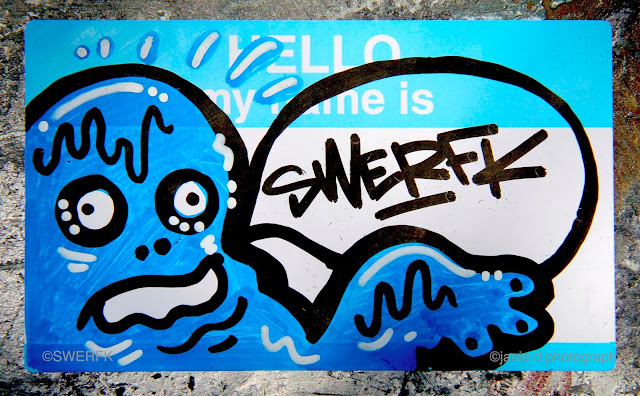 Do you prefer the freedom of street or are there times where working within boundaries/constraints (eg: commission works) that can be somewhat of a relief

I always prefer working on the street in my own style pretty much for myself.  Doing it for yourself and not taking in any advice or input is best.

I absolutely HATE it when people ask you to do a commission cause they say they like your work and then ask you to paint a 7 foot single colour yellow tree inside their new building...WTF

The only reason I do commissions most of the time is I need to get paid and then pay to get stuff somehow! 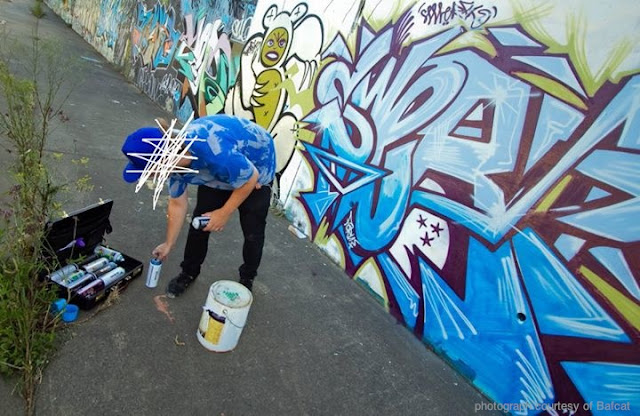 How do you perceive yourself both as an artist and an individual, or are the two simply entwined and unable to be separated

I don't really give it too much thought really to be honest...but I am pretty much a slave to the paint.

While street-art is a "movement" of sorts, where do you see it heading and will there ever be an end point

I think 'street-art' is a stupid name really...characters were running on trains as far back as when graffiti started to gain momentum in the late 70's.  Street art is just a development of graffiti and I see it all just as a type of art marking.

I agree street-art almost seems like a popular fad the moment, but time will show who keeps it alive 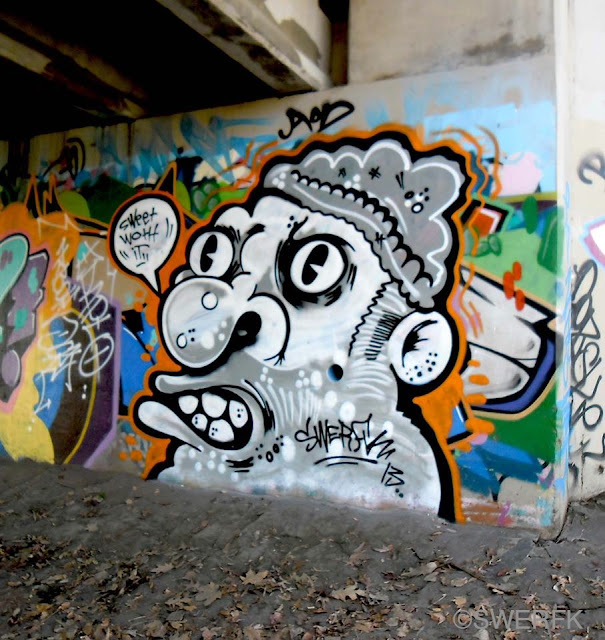 And with that my thanks to Swerfk for sharing time with the 2095'er and allowing images to be reproduced in this blog.

Seems this chick needs to get herself back down nation's capital way sooner rather and capture the "live", although living vicariously through the artist's photos do have a sense of personal satisfaction if nothing else than to say "yep, been there, know that place!"
Posted by janie2095 at 12:51 PM