It was during one of the first "let's push the boundaries of the known zones" (which in retrospect was pretty pathetic given that it was but a left hand turn off King Street and down a block or two) that the 2095 spied the most amazing wall. 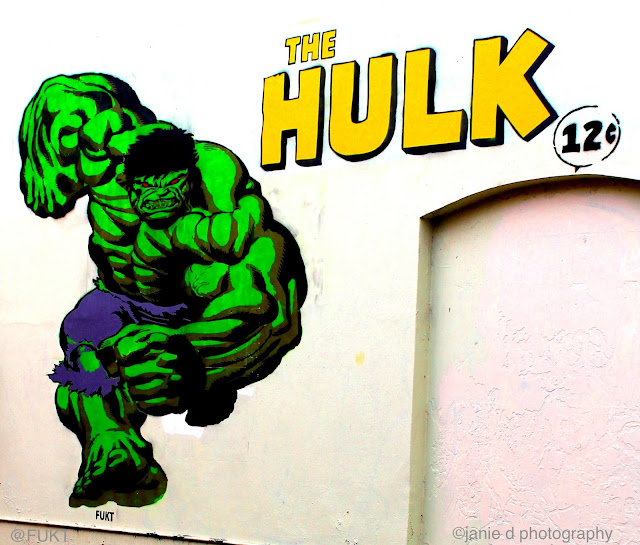 Having not yet mastered the "to hell with it, I don't care if it is trespassing, I need this shot" skill, and still owning a teeny tiny zoom lens camera, the 2095 chick was still impressed with how her first shot turned out.

During further trips afield and having mastered the art of the photographer-whiplash, the 2095 chick at times had trouble containing her excitement at discovering new pieces by this artist.

It is important to note that the 2095'er (99% of the time) tries very hard NOT to see her fellow street photographer's photos; but there have been times  when the "I surrender" kicked-in necessitating a private message asking for exact locales, if nothing else other than to get a shot of a masterpiece before it got buffed.

The next piece to be found was rainy Saturday afternoon post-work wander around the back streets of Camperdown. Sound the bells, dance with delight!  No cars therefore the 2095 obtained THE perfect shot! 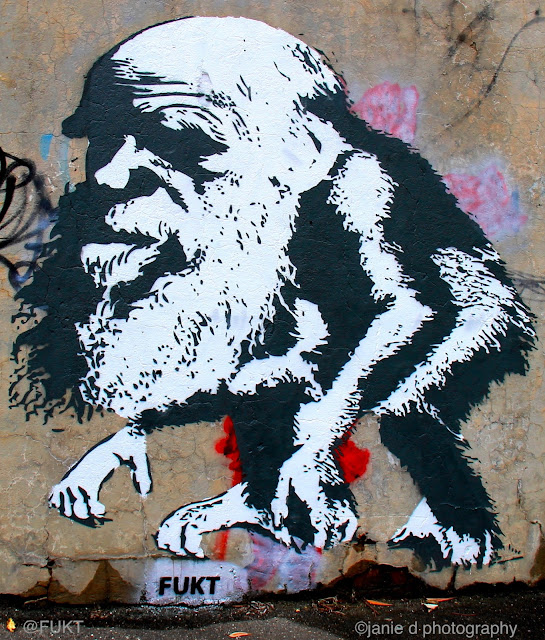 A short bus trip later the 2095 let out an audible "oooooh!", thus causing other passengers to swivel their heads in order to see the subject but to no avail it would appear, as the 2095 alighted and at record speed shot across Broadway to a wall totally covered in stencils. 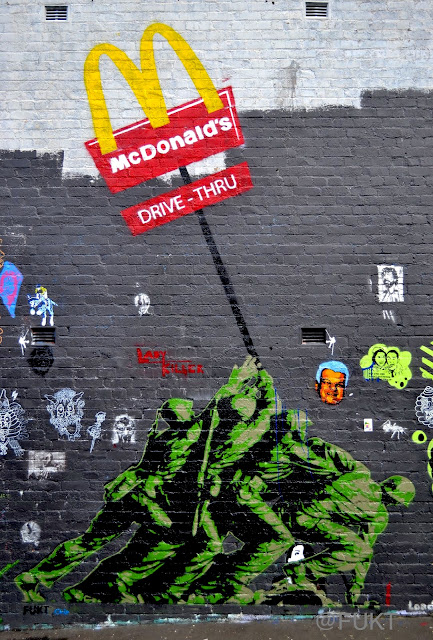 Love the tag!  Whether people admit it or not, there are those who are liberal with its use and those (although they may deny it) who will "think" it.  How, where and what was the inspiration behind your street-name.

I seem to use the word a lot when I speak.  The name itself also dissuades the art community from trying to recruit my services etc (parasites!)

Your work can scale the size of a building through to the tiniest stencil that would go almost unnoticed by the bulk of the non-street population. 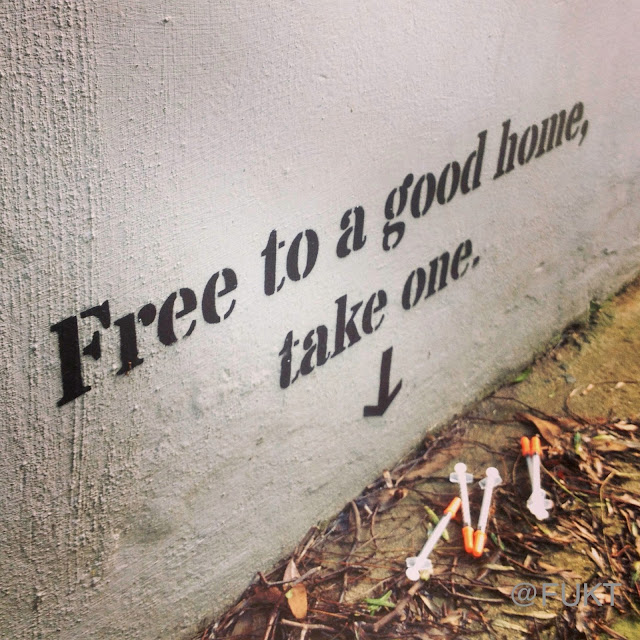 What provides the stimuli : whether it be words or extraordinary pieces as with "Best We Forget"

Good question.  I sometimes wonder what motivates my work.  When I first started I thought I had to conform to a certain style or path: big stencils & vanilla art. 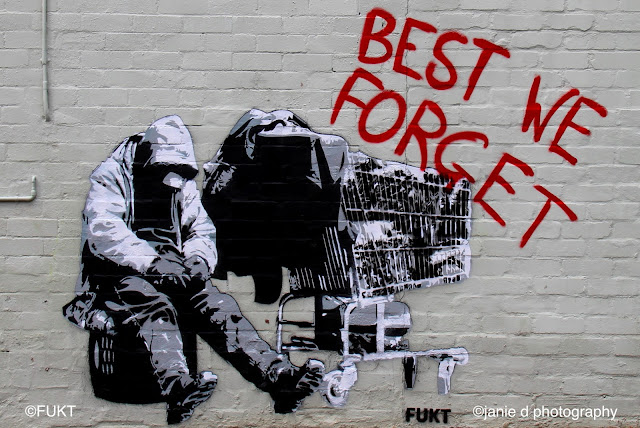 It's only in the last year I feel that my work is a truthful.  eg: I'm totally cynical, so my work is a reflection of this.

I've always had strong anti-social tendencies and a history of playing the role of Devil's Advocate so when I see a proliferation (at least in my own opinion) of cute and safe street art then I can't help but react and try to do the opposite.

When you see images being posted online by photographers like myself, how does that gel with you as an artists or is it merely a case of "job done...NEXT"

Not quite sure if I qualify as an artist.  I have a backlog of about 30 stencils and another 10 sites to hit, so yes 'NEXT' would be an apt description.

Do you find our two worlds collide (ie: personal family man vs street-artist)

Vary rarely, although it can be a pain when I've been out til late and my son decides to wake at 7:00am every morning, but I usually forgive him since he's so goddamn cute! 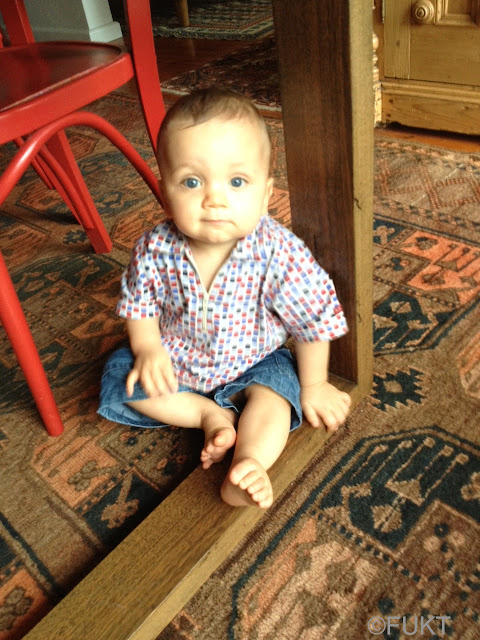 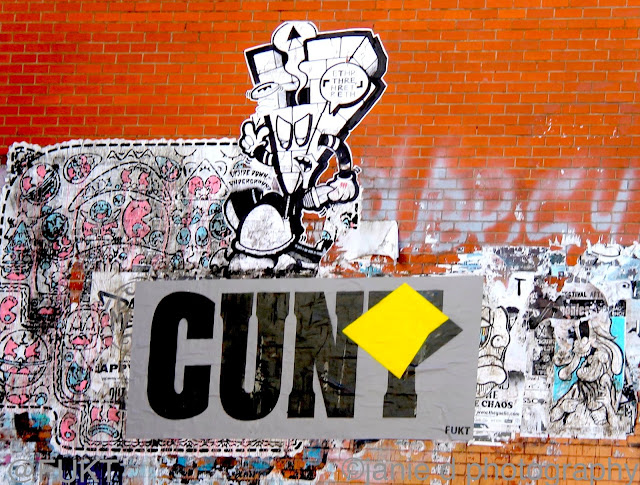 In terms of profound reactions, I think my own are  the most important. It's a good feeling when you see your artwork being copied in various locations around the world.

It's also amusing to realise I am more renown internationally than within my own country.

Couldn't ask for anything more than that.  My thanks to FUKT for sharing some time and allowing reproduction of his works in this blog but most of all for keep on keeping on and making us stop, look and think 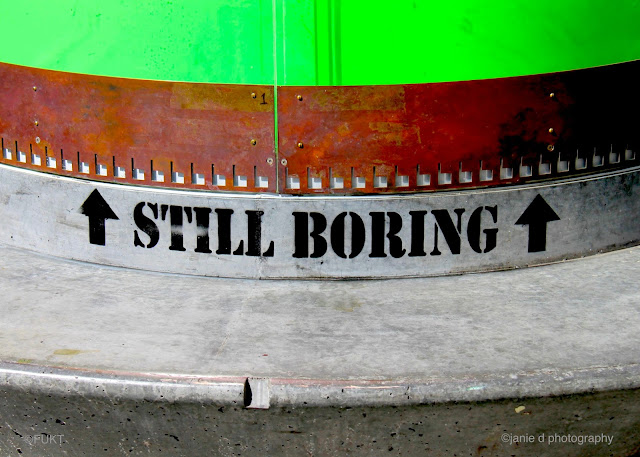