5 Questions with Ben Frost (who is NOT dead!)

So let's get one thing straight: despite his moniker, Ben Frost is not actually dead! 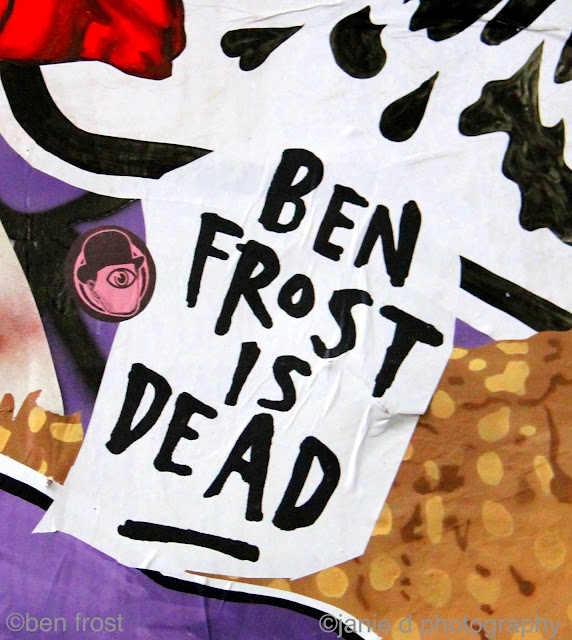 Not only do I have the photos to prove it, but he actually (in typical Frost manner) agreed to be the subject of the 2095 chickz blogspot!

I first met Ben at (yes here we go again....and you'd best get used to seeing that phrase as through that "festival" I met many many artists so there will be the odd reference or 1000 to it in future blogs) the Outpost & for once in the 2095 chick's life, her ridiculously inopportune shyness did not rear its ugly self.

It was a mid-week day which meant tranquility and no having to jump around people in order to get "the shot". 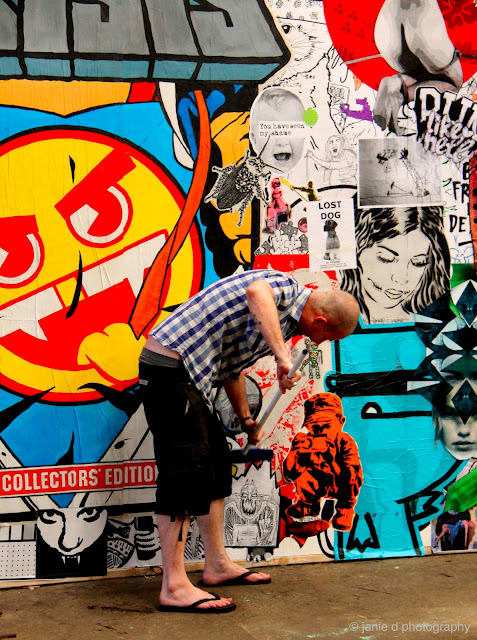 After a bit of self-talk and a bit of (and the 2095'er would be remiss not to use one of her most favourite quotes from THE best Aussie series of all time "Rake") "you go girl" (sad that the dulcet tone of Cleaver somehow just doesn't translate in to the typed word), I sucked it in, went over and said "Ben.  Hi".

Ben Frost the pop-artist. Ben Frost the purveyor/pioneer & creator of Pastemodernism.  The Curator, the "Fashion Designer", the Stupidkrap'er.  Who is THE man behind these persona's.  What is it that inspires or triggers the artist within

When I was 6 I killed a rabbit my parents gave me, by breaking its neck.  I carried it around the house, holding it by its ears - and it just went still.  It was warm to the touch but it was just still.  I put it back in to the rabbit hutch and pretended it had just died in its sleep. 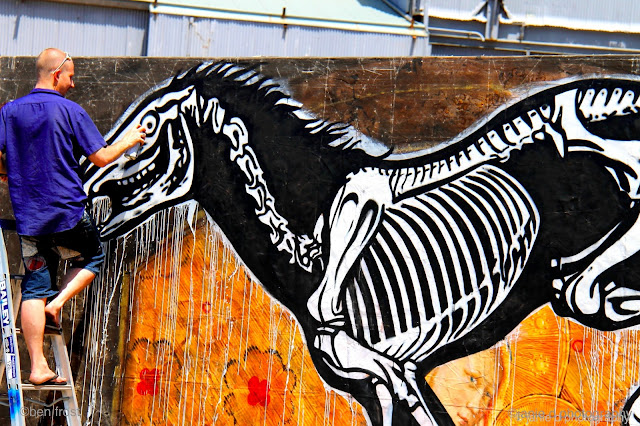 Your work is provocative, ironic yet humorous.  Not easy to achieve.  Is your work conceptual or does it "appear" by way of a trigger from say a tv ad, conversation, magazine or billboard

When I was 7, I tried to save a litter of about 5 new-born kittens from being killed by the neighbour's dog.  I can't for the life of me who owned them or where they came from, but they were out there and the dog was killing them one by one out of my little arms.

I thought I could save the last one, because holding 3 plus was too much to manage as the dog took each one in its mouth - but it was too big or I was too small.  The last kitten let out its tragic meow before being torn away from me. 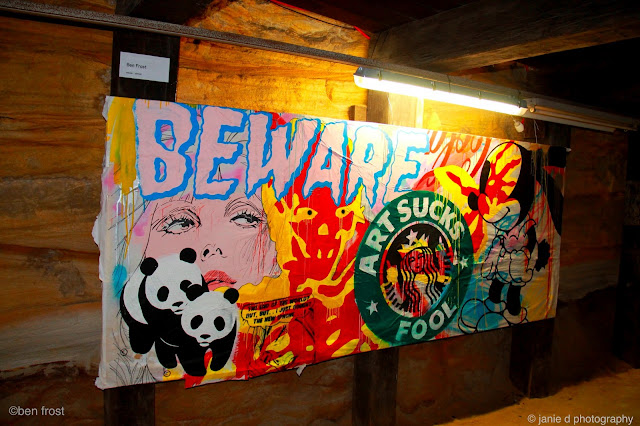 Sadly for fanatics like myself, the Outpost 2013 was cancelled.  Do you feel that once tested it kind of lost what it was all about. ie: corporates decided it was SUCH a success, it became "we'll take away its core value to transform it in to a complete money spinner without any recognition to the Arts (which ironically is always lauded but never financially funded) or the artists who contributed to it's undisputed success.

I learnt my lesson on how to properly hold a rabbit, but later I couldn't save the kittens from the dog 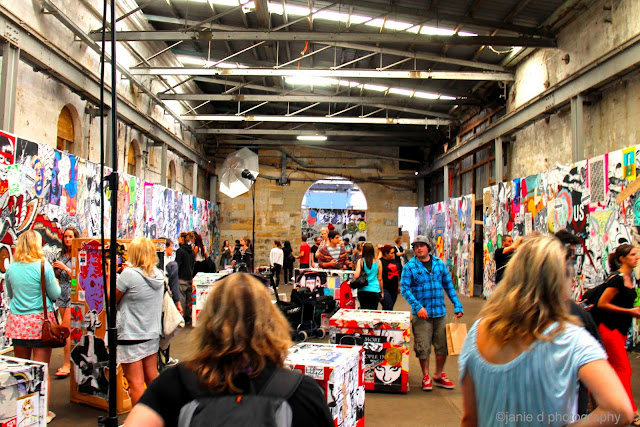 You recently moved overseas.  Why was that?

To see what they sold in foreign supermarkets 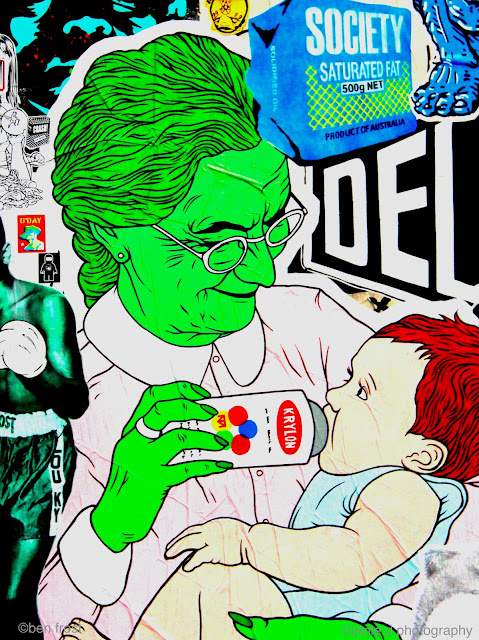 In 5 words, how would you sum up the world of Ben Frost?

Make of it what you will. But thanks to Ben for allowing this 2095 for at least attempting to get some words and to prove that in fact Ben Frost is NOT Dead