Before starting on this particular article it must be noted that all artworks shown remain the property of the artists and cannot be reproduced without their express permission. The 2095 chick is simply showing her photographs in order to share her experience.

The 2095'ers intro to May Lane was day that rained, where her brolly decided NOT to behave itself and her teeny tiny SX20 was somewhat new.

Add to mix the 2095'er not being completely comfortable or familiar with the area at this particular moment in time, but any reservations or "fear" were abated  the instant her eyes clapped on the most magnificent wall of colour and detail. 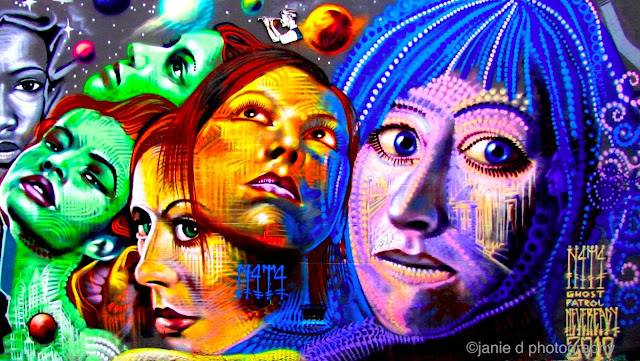 The 2095 chick does not nor ever will enhance or over process images using software
Trim yes, digitally destroy with over processing no

The 3D effect was mind boggling.  No matter what angle, no matter how far down the lane you went to achieve "the shot", it was pure perfection every frame.

The 2095'er found the intricate detail so hypnotic she found herself thrust in to the "once I'm behind the lens I am completely in my own world" land.  And what a delightful place it is to be.

In an almost robotic manner, the 2095 continued exploring in wonderment, quickly realising that this is not a place where you "rush" through, for you may just miss something. 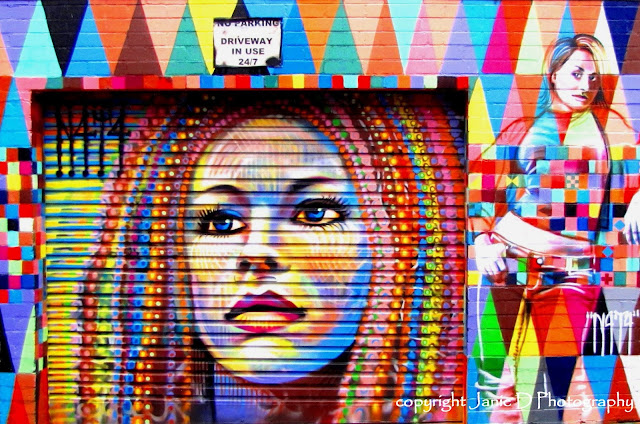 As with most "landmark" discoveries there are times when the 2095'er must simply shut up and allow emotions, heart palpitations and "oh my god" moments be shown via multimedia (nb: this clip does not comprise 100% Mays but also includes other firsts on her maiden Inner West voyage: thus becoming the impetus for the street-art revolution/obsession of the 2095'er)

It would also be remiss of the 2095 chick not to include her first introduction to the extraordinary world of Vexta.  The day was dark enough (with gloomy rain clouds) for the 2095'er to see exactly what this piece was in that it was designed to glow at night. 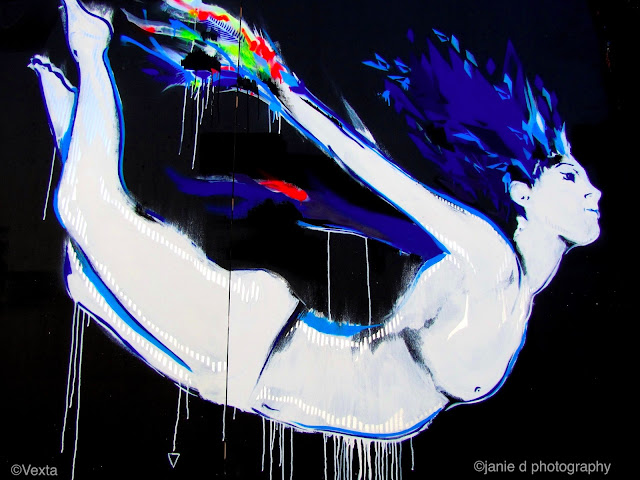 kindly reproduced with permission from Vexta

Like most discoveries or "first heart skipping moments", the need to return became unbearable.  Having to wait for another 12 hours was seemingly intolerable.  But given the location of the 2095'ers dwelling deemed it almost impossible to do otherwise.

But return she did and then some.  The beautiful thing about this particular place is that each week there will literally be something new, or a "work in progress" thus keeping it fresh and exciting. 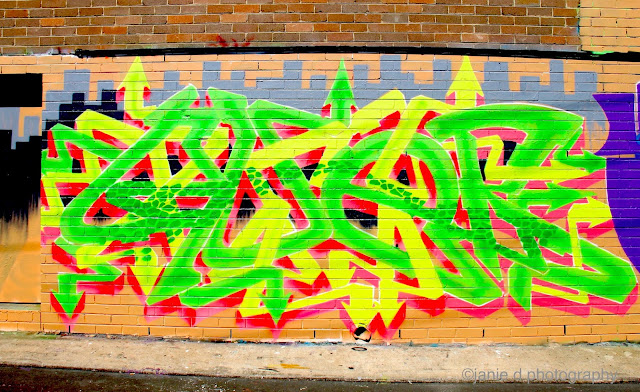 Nothing smells more beautiful to a photographer than that distinct aroma of paint. Clear indicator of new new new.

On one particular revisit as the 2095 wound her way on the direct route from St Peter's train station she noticed an artist and from a distance she pulled out this teeny tiny camera and got (well to the 2095'ers mind at least) a pretty good shot. 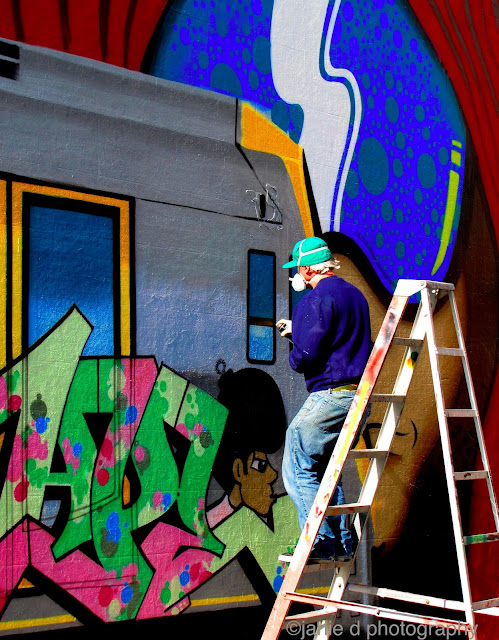 Confidence for once decided to be on the 2095 chick's side.  Walking up slowly and waiting until said artist was having a bit of a breather (literally), the 2095 struck up a conversation albeit it somewhat hesitantly at the start.

It revolved around folk going up at times, hurling abuse at him "why did you paint over what was there, we HATE it", to which the 2095'er replied "hell if they don't like they don't have to look at it" and from there the conversation flowed.  It wasn't until the end that he looked at me and said "we are actually 'connected' on flickr". 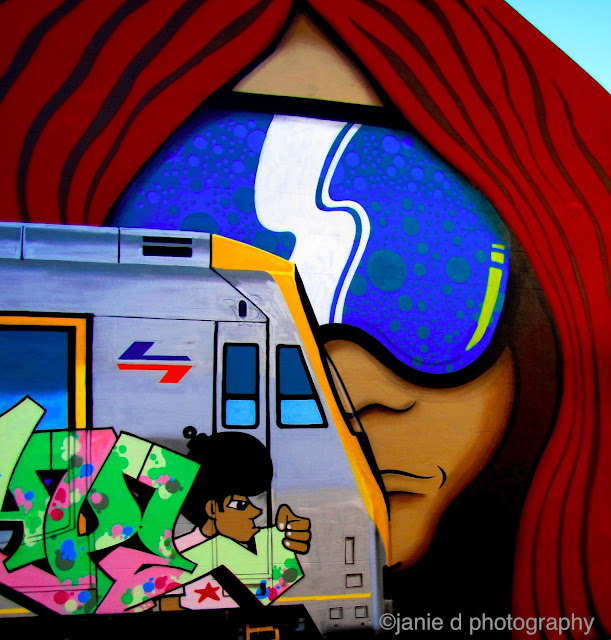 Jaw dropped: see the 2095 might know them by the street names rather than the "real world" names so it is always an incredibly humbling experience (and yes..even now the 2095 is always blown away when an artist walks up and introduces themselves then saying "oh your cap gave you away, everyone knows you wear a black cap") when someone whose work you admire from afar not only takes the time to talk to you but then says they already know you albeit by some form or other of social media!  No words can be found to describe that moment.

The piece below again is not strictly Mays and includes the immediate surrounds but hell, it's the 2095'ers blog....

Recently Mays has become Caroline but in an ever changing world there will always be one constant and for that we as photographers and lovers of art, (streetart, graffiti or whatever you wish to call it) are and will always be forever in your debt 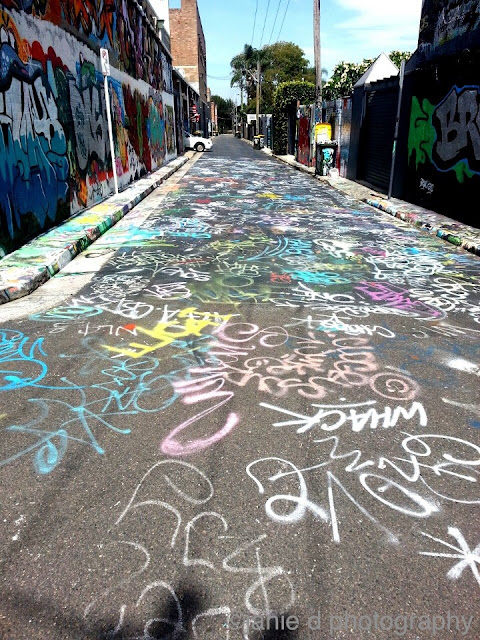