Mr Sweet aka Citizen Sweet....whichever moniker you wish to use, whichever way you choose to look at it, his works are incredibly detailed, instantly recognisable and above all else masterpieces of the pasteup.

The 2095 was able to get just enough of one his pieces at PM3 and when reviewing the image realised that whatever it was she was looking at, this artist was going to play an enormous role within the street art movement. 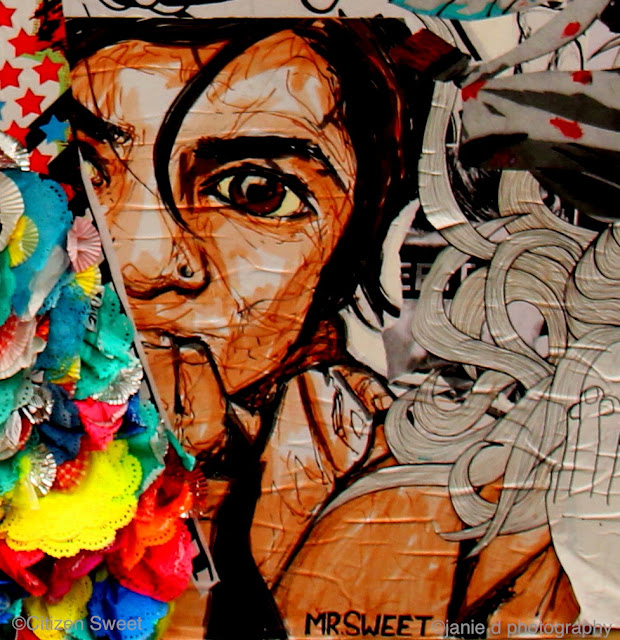 When it came time to say goodbye to PM3 and return to the streets as it were, there is always a moment in every photographer's life when you discover a new piece that takes the breath away, gets that adrenaline pumping and where the inner self is saying 'got it! ooooh it's frrrrresh as.....I got it!  Reckon I might be the first' as there is always a somewhat friendly rivalry amongst fellow street art photographers. 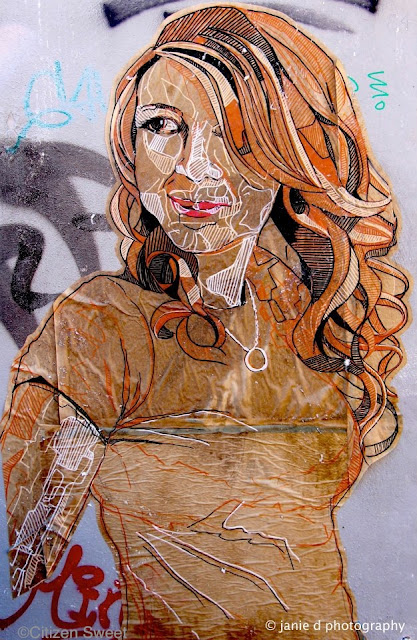 I never really over thought it and considered it a debut, it was just a lead on from piecing and tagging as a kid.  I wanted to explore something with a bit more context to it and found the drawings started to do that for me. Of course I like the freedom of the process and the framework it gives each individual work.

The intricate nature of what appears to be a single paste up is astounding.  Are you able to outline the process from start to finish including the decision on which wall in which suburb the final piece is to be adorned

The intricate nature of the work is away to give the viewer a more unique experience when they come across a piece.

The hours of detail redefines a person's opinion about its existence.  Through reactions to my work, I have discovered the more time you spend on something, the more acceptable it becomes and the less about graffiti or vandalism.  Also the cross-over between labour-intensive preparation and culture of fast installation interested me. 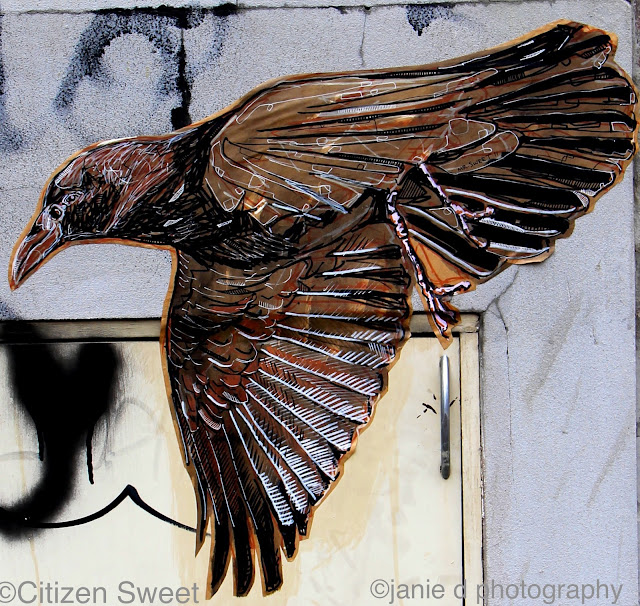 I don't always have a spot in mind when I make the work, but most of the time I do. Since the wall becomes an integral part of the work, it has to have a certain character to it.

Are works influenced by your immediate surrounds (both personally and professionally), or are they simply derived from a thought, an observation or an experience

I  don't have a solid hold on what it is that inspires me exactly.  I think it is a number of all of the above. We are influenced by everything that we come in to contact with in the world, so I guess it's a melting pot of my experiences in general.

I like to work in a certain tonal range using layering techniques that are more preference based.  Overall the work is a part conscious and part subconscious selection.

How much of a sense of satisfaction (or validation?) do you get when photographers start capturing your pieces and posting them in fibre-optic land 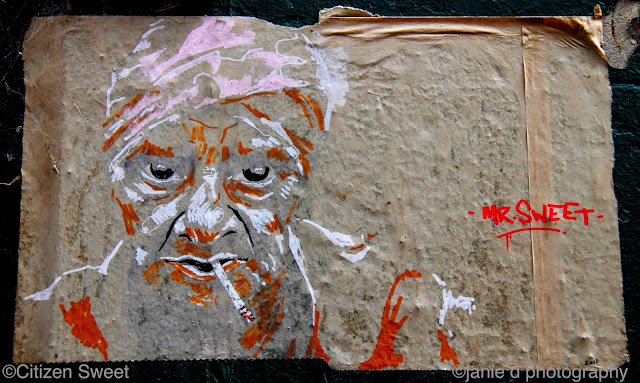 I am always humbled by those individuals who go out looking for my work and amazed how fast they find them.  It is the photograph that documents the work before it disintegrates in the elements.

While the experience isn't quite the same in person, it is the photograph that allows wide accessibility to a new audience.

The photographer plays an integral role in the work due to the ephemeral nature of street art.

Can you describe the world of Citizen Sweet in 5 words 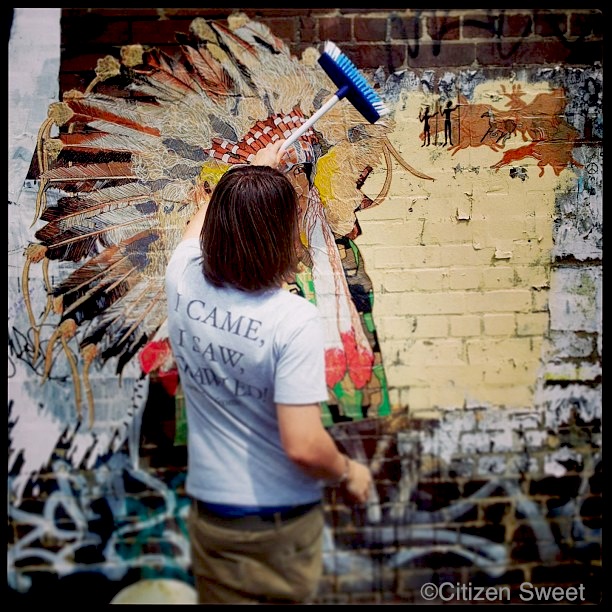 With thanks to the artist known as Citizen Sweet for giving a little bit of insight in to his world and allowing photographers to capture and share his images (including the 2095'er)
Posted by janie2095 at 4:01 PM